An Overview of the Difference Between Depression and Anxiety 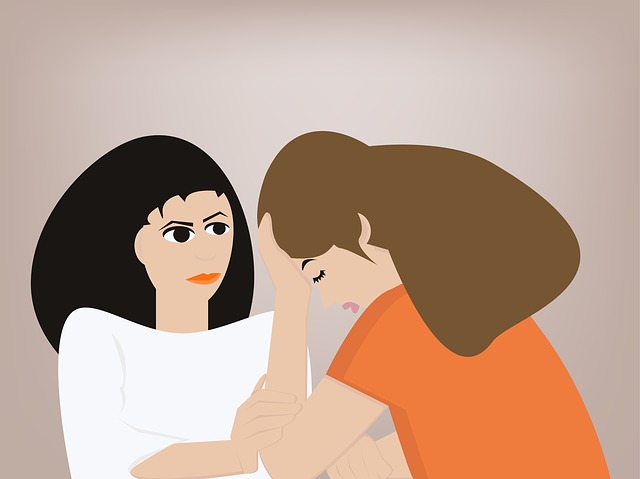 The above picture is a cartoon drawing of 2 women. One is consoling the other who appears distressed.

An Overview of the Difference Between Depression and Anxiety

Anxiety and depression are two of the most common mental health disorders in the world. What you may not know, though, is that there's a difference between depression and anxiety.

Curious to learn more about the depression vs. anxiety distinct? Then keep reading because this guide is for you.

Anxiety orders are characterized by excessive worrying. And this worry doesn't seem appropriate to the problem at hand. Imagining that every situation has a worst-case scenario often comes alongside.

Indecisiveness, fearfulness, and difficulty focusing are additional signs of anxiety. If you're experiencing anxiety, you may also feel an inability to calm down or extreme agitation and restlessness.

It's normal to worry about things. But when that worry becomes disproportional and affects the way you live your life, it could be a sign you're dealing with an anxiety disorder.

Mental health professionals have identified the major types of anxiety, including:

Social phobia is a fear of social interactions. Some people with social phobia have specific fears, such as public speaking. More severe forms of social phobia affect a person's ability to be around people at all.

There's no one thing that causes anxiety disorders. Instead, the etiology (or cause) of anxiety stems from traumatic experiences and genetics.

One thing we know about the trauma that causes anxiety comes from animal models of this disorder.

Research shows that when animals experience conflict between a reward and a punishment, they display anxious behaviors. An example of this type of conflict would be requiring the animal to press a lever for a reward that will also produce an electric shock.

The hallmark of depression is an overwhelming feeling of sadness and hopelessness. People who suffer from depression have difficulty enjoying activities they used to love.

Other signs of depression include difficulty sleeping yet constantly feeling exhausted. People with depression also report sudden increases or decreases in appetite. Some people suffering from depression report feeling unexplainable aches and pains.

As with worrying, some sadness in life is normal. But clinical depression develops when sadness is severe.

There are many different kinds of depressive disorders. In this article, we'll be focusing on the four most common types of depression that affect both men and women. These are:

Major depression is the most severe depressive disorder. This type of depression can be chronic. It also often comes alongside suicidal ideation or thoughts of death.

Bipolar disorder is characterized by alternating mood states. People with bipolar disorder have episodes of depression that then swing to mania. Manic symptoms include uncharacteristically high self-esteem, grandiosity, insomnia, and lower inhibitory responses.

SAD is the aptly named depressive disorder. Scientists think that too little exposure to sunlight causes SAD. People more commonly experience this type of depression in winter, especially in locations closer to the poles.

Dysthymia is a kind of functional depression with less severe but longer-lasting symptoms. People with dysthymia may not feel so depressed as to skip day-to-day activities. But they do feel a low mood a majority of the time.

Like anxiety, depression is a unique blend of genes and trauma. But what kind of trauma leads to a person developing a depressive disorder?

Researchers working with animal models of depression have looked into this exact question. What they've found is that learned helplessness may play a role.

Learned helplessness is the state an animal model goes into after an inescapable and highly stressful situation.

For animals, a stressor might be an electric shock. For humans, stressors often stem from chronic stress at home or in your social life.

The Biggest Difference Between Depression and Anxiety

Anxiety and depression are also highly comorbid. Comorbidity refers to the tendency for some mental health conditions to occur alongside each other. Some scientists think this is because the two disorders have similar causes.

Yet, with all their commonalities, depression and anxiety are distinct. The most important difference? Mental health practitioners prescribe different drugs to treat these disorders.

People with anxiety use anxiolytics, including SSRIs and SNRIs. Meanwhile, doctors prescribe antidepressants (TCAs, NASSAs, and MAOs) to people suffering from depression.

Why does it matter if physicians treat depression and anxiety with different drugs? Getting on the right treatment plan can help you reclaim your life from your disability.

Don't Let Your Mental Health Disability Hold You Back

Anxiety and depression share common symptoms. Many people diagnosed with anxiety also have depression and vice versa. But the difference between depression and anxiety is that they each have distinct treatments to help you get back on your feet.

Is anxiety or depression holding you back from the job of your dreams? Let us help you find a job that will support you and your disability. Browse our jobs now to find the position that's right for your unique needs.